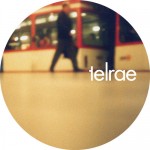 Martin Schulte aka Marat Shibaev is one of the most innovative techno dub and experimental dub producers of today.He keeps a low profile and works with people who like his music, rather than following the fast path to success.You therefore find his releases in the underground of the music scene, though his track Enigma was already nominated for the prominent Qwartz Awards 4 in the Dance Floor section, which puts him next to Wolfgang Voigt who has won the price already. His style of music varies between ultra deep and melancholic to more techno inspired dub.Martins way of dealing with music offside the established scene, has had a huge impact on the new electronic dub scene.It has inspired a whole generation to experiment with dub sounds.Martin works with synthetic sounds as well as field recordings acoustic quality which gives him the depth in his releases.Telrae present two very different tracks. Killer is an up-tempo dub track with acoustic brass like sound, quite blurred and rather acting as a trembling voice… teaming up with nice acoustic percussion to create a pumping but sensual track. Overcast on the flipside is rather withdrawn and deep track… still introducing melodies that will touch you.