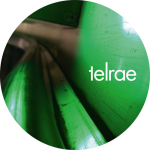 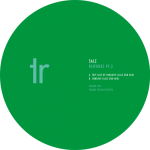 Long awaited comeback of Salz, who initiated the label Telrae with their Reworks. “This Side Of Paradise” in their dub rework is another highlight of top sound design and carries a classic note that never goes out of style. Their reworks is subtle, doing just as much as needed to keep the flow going. Their version of “Someday” is a masterpiece of a remix, filtering and fusing effect channels so skilfully… the music seems to drip from above. A heartbreaking deep track… maybe one of their very best Reworks up to date.

A. This Side Of Paradise (Salz Dub Mix)