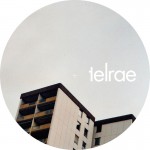 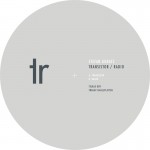 His a-side “Transistor” is a beat addict that has already earned his reputation as a “rocker” on the dance floor being played out by Riley Reinhold aka Triple R and is already in the cases of DJs with taste.

The track has the deepness his tracks always suggest but adds a very strong beat layout that is a bit of a turning point considering Stefan’s trax so far out on Telrae which were much more reluctant.

For all of you who long for the much deeper side on Telrae more in tune with for example the release by Hornberger, Stefan has come up with the Track “Radio”. It is is based on the numbers station a shortwave radio station of uncertain origin. In the 1950s, Time magazine reported that the numbers stations first appeared shortly after World War II and used a format that had been used to send weather data during that war.

Numbers stations generally broadcast artificially generated voices reading streams of numbers, words, letters (sometimes using a spelling alphabet), tunes or Morse code. They are in a wide variety of languages and the voices are usually female, although sometimes men’s or children’s voices are used. Evidence supports popular assumptions that the broadcasts are used to send messages to spies.

When Stefan lived up north the radio for him was a way of communication with the over world… so listening to the numbers station became a part of his daily routine.

This track carries a ghostly spirit with voices coming from far away and sounds all clad in gloomy textures.